Healthwatch England share what over 1,300 people have told the network about their experience of NHS dentistry during July and September 2020. 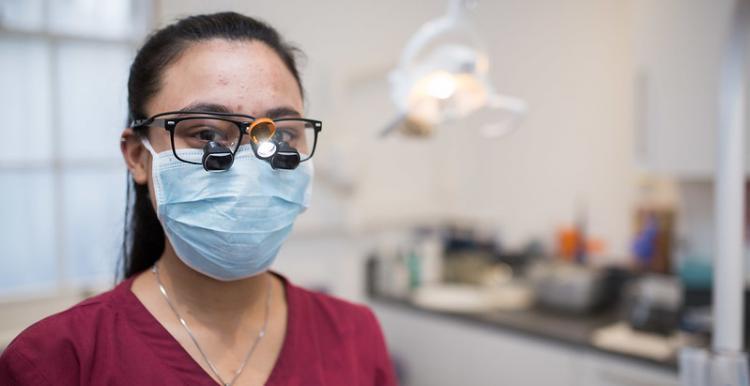 Since the outbreak of COVID-19, we have seen a significant increase in the number of people telling us about the problems they face when trying to get an NHS dentist appointment, suggesting the impact the pandemic has had on dentistry has been particularly acute. We take a look at the key issues people have raised with us.

What did people tell us?

Between July and September 2020, we heard from 1,313 people about their experiences of dentistry, compared to just 238 people in the previous three months. Their stories show that often they were unable to get the care they needed, leaving them in pain and at risk of serious long-term oral health issues:

4% of people also told us about positive experiences of dental care, praising staff who were helpful, kind and considerate and highlighting that clear and regular information from dental practices made them feel reassured.

Between July and September 2020, over 38,082 people shared their experiences of using health and social care with Healthwatch. Our briefing is a summary of the key issues that the public are telling us about, including:

The consequences of not getting treatment

People who struggled to access dental treatment during the COVID-19 pandemic, told us they experienced inconvenience, anxiety, worsening problems requiring further treatment, or worse. Victoria and Samantha share the impact poor dental care has had on them and their loved ones. 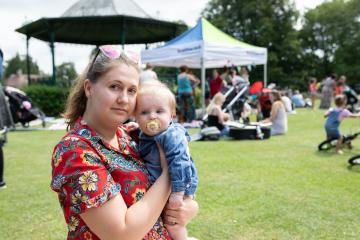 After needing emergency dental care, Victoria has struggled to get follow up treatment and has been unable to register her son at a dentist, unless she pays privately.

She tells us about the impact this has had on her.

“None of the dentists I have seen seem at all interested in trying to find out why my teeth are crumbling, despite having to have a total of four removed over such a short space of time. In desperation, I have spoken to my GP about the situation who instantly is concerned that during pregnancy, I have developed a deficiency of some sort. He is running blood tests to try and get to the bottom of the problem. I feel like my GP has helped me more and been kinder and more considerate than any of the dentists I have seen in the last few months. I feel that if the dentists had done this sooner, then I may not have needed so much treatment.

"I am extremely concerned that I cannot access any care for my son. The NHS website stresses the importance of preventative care when it comes to children’s teeth – and getting used to the dentist at a young age is a big part of this. Yet, my son is being denied care because I cannot afford to go private.

"The stress and worry about my son together with the pain, anguish and difficulties in securing my own treatment have left a big impact on my life. Due to having so many teeth removed, I don’t like my mouth now. I have no confidence in the way I look and am dreading people wanting photos at Christmas to celebrate my son’s first Christmas.

"Before COVID-19 I was frightened about the dentist; now the thought of trying to book appointments fills me with anxiety, the lack of care means I am needing more and more treatment causing extra stress, and my son being denied care means I am living my worst nightmare.”

Several dentists offered me the treatment as a private patient stating that they would need either a deposit or payment upfront, but no one would help my husband as an NHS patient.

'No one would help us'

When Samantha’s husband developed a problem with his tooth earlier this year, they found it impossible to access dental care in Northamptonshire.

"His pain got worse, his face became swollen, he had a raging temperature, continually sweating, getting no sleep at night and a large pocket of pus developed in his mouth. His bone started to ache, and he would get rocketing pain. I continued to try and get him access to dental care for fear the infection would spread around his body, but even when I described his symptoms to the surgeries – no one would help us."

“He was told to go away and register with a dentist to get a root canal done but given a prescription for a short course of antibiotics to clear up the worst of the infection in the meantime. He still has to be very careful around the tooth and still has no idea when he will receive treatment.”

What needs to change?

Looking at the issues people raised with us highlights four essential areas for improvement:

“Even before the pandemic, people were telling us about problems in accessing NHS dental appointments but since the start of the summer these reports have hugely increased.

“If we don’t improve access to NHS dental care, not only do people risk facing far greater dental problems in the future but it also puts pressure on overstretched hospitals and GPs. Untreated dental problems can lead to pain, infection and the risk of long-term harm, which is comparable with other medical conditions.

“Health and care services are working hard to deal with the pandemic, but we believe the Government and the NHS should give more attention to resolving both long-standing and COVID-related issues in dentistry.” 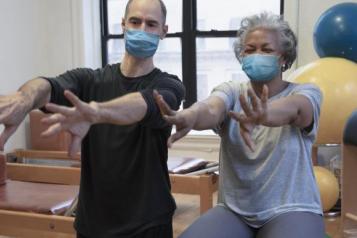 What to expect when waiting for care
If you or a loved one is waiting for care, read below to find out what healthcare staff should be doing when contacting you.
9 September 2021
Advice and Information 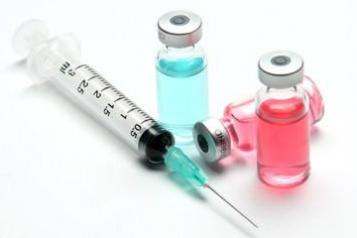 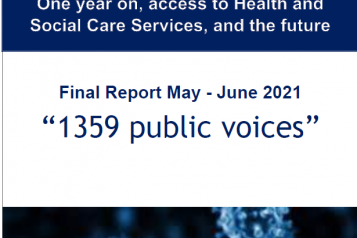